I been away for the past month and a half visiting family in Spain and giving my brain a little vacation. Aside from the delicious food and delightful sightseeing. I visited a few churches and museums to appreciate the religious art and see what i could gather from it, even thou art doesn't always falls on canon when it comes to representations, it does share the view of the artist at least on the depicted representation of a scene, saint or entity, which will always be influenced by the mentality and culture in which he grew and painted.
On a previous visit to Spain 3 years ago, I remember visiting some occult stores in Barcelona and Madrid, and noticed that many of the catered to the new age and Santeria market, which prompted me to mention it while having dinner with some spanish friends that aren't involved in the occult or magical practices, to which one responded "that's because we killed all our witches during the inquisition, now we have to import". This might prove to be some what true in some parts of Spain, but spiritual and magical practices tied to or outside of the catholic perspective remain alive much like traditional hodoos and rootworkers, there are traditional spanish witches. But so far this side of Spain hasn't been part of my visits yet.

Among a few of my interests on visiting the different museums was to look for representations of the tetramorpho, which are the 4 angels/seraphs that stand next to the throne of God exalting his name and also come to represent the 4 principal evangelist: Mark, Luke, John and Matthew. Tetramorpho is the greek for four shaped, its usually a representation of a winged lion, winged bull, eagle and angel, which united are said to be the Spinx. My true interest in searching for these representations is to see if the images are arranged in an specific order on the paintings, particularly following an astrological sequence, as the 4 representations are also said to be tied to the 4 fixed signs:  Leo, Taurus, Scorpio and Aquarius. Long story short: No, they aren't, most if not all of the representations found follow no astrological order either by opposition or sequence of the signs from Aries to Pisces.  Yet the use of the tetramorpho in christian catholic representations is very old, exemplified in the pictures below taken from the ceiling of a 11 century mosque turned into a church. What is possibly quite new is the association of these images or beings with other elements such as the zodiac signs or maxims such as to will to know to dare and to keep silent. Something that should also be taken into consideration is that not all artists are mystics and not all mystics are artists, so in the process of the artistic production either by imitation or instruction, some artistic freedoms could have been taken, mismatching symbols or forms of representation.
People are prone to finding a hidden meaning that might not be there or expanding the significance of certain symbols quite often, after all, symbols change in time and adapt to personal and cultural needs, and there is always room for misconception. A good example of this was what happened to me while walking inside the Catedral de Toledo i saw in several chapels a branch of rosemary laying in front of  some images, i started wondering what was the religious significance of this practice, since rosemary is a herb that's been  commonly used in magical and spiritual practices, to which my companion answered, who by the way is not a person who knows anything about the occult, that those branches were part of a trick used by gypsies to hassle people for money, they gave you the branch of a "gift"and then tried to read your hand or charge you for the branch or to single you out to pocket picker as a tourist, and there i was thinking it was a religious custom.
Another interesting place to visit in Madrid and a must see for any person interested in angels is El Real Monasterio de las Descalzas, which only has guided tours, which sucks a bit because you can't really stand and appreciate certain things but follow the guide. Either way, this is the first time I have seen so many angelic art in one place, like the 7 archangels along with their given names in several painting and on the walls of the main stairway. Out of the several listings on what are the names of this particular group of angels, I rather go with the 16 century representations found in a convent instead of most modern occultist listings.
This convent also holds a huge collection of saints relics, included bones of Saint Sebastian and a piece of the lignum crucis, among many others items. The reason for this is that not only is this a convent that works as a museum but a royal convent, which means that all the nuns that have lived there came from noble families and joined the church along with their dowries and family art collections.
In the Catedral de Toledo there was also a relic with a piece of the Lignum Crucis inside, it was a silver statue of Saint Helen of Jerusalem holding a cross, inside the cross there was a nail ( allegedly one of the three used to crucify Jesus) and on the chest of the saint a capsule with a piece of the wood, and in another room the gilded hand of Saint Lucy.
A very interesting practices was the custom carried by nobles of ordering portraits that included themselves in scenes from the bible or represented as saints, like women holding a late with two blue eyes in the likes of saint Lucy or a noble woman and her two daughters assisting the delivery of the virgin Mary by her mother Saint Anne.
Another portrait that called my attention was that of a baby prince that had different charms sewn unto his clothes, among them a black fist and a piece of coral, both which are common charms given to babies still in use a few hundred years later. 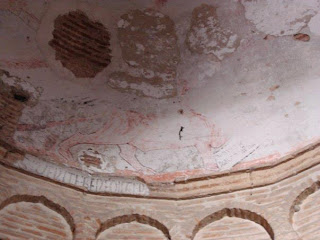 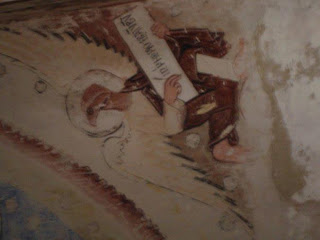 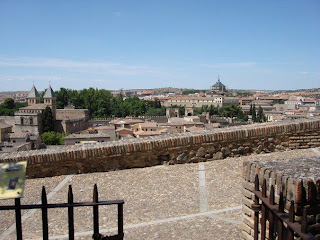 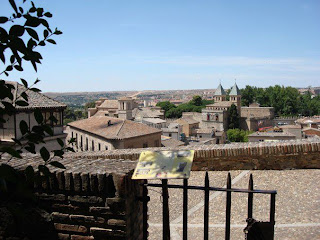 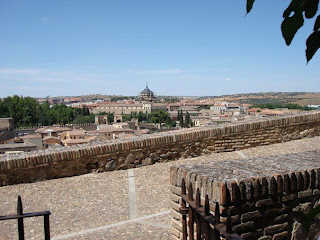 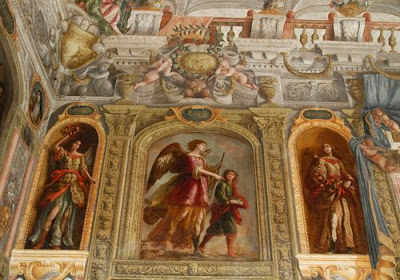 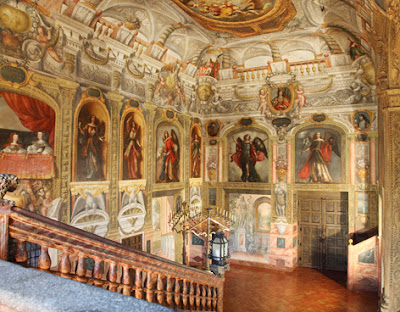 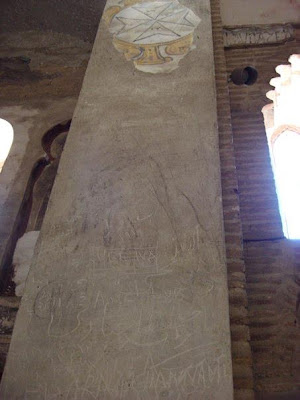 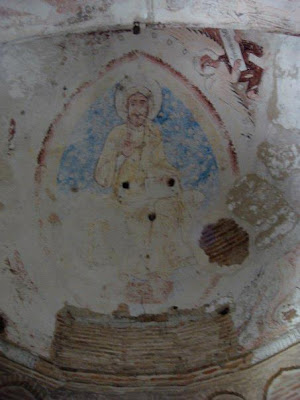 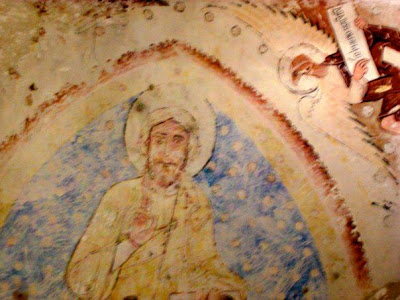 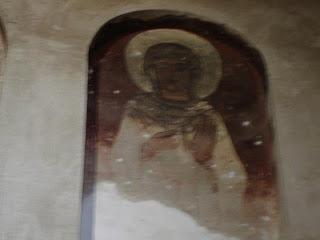 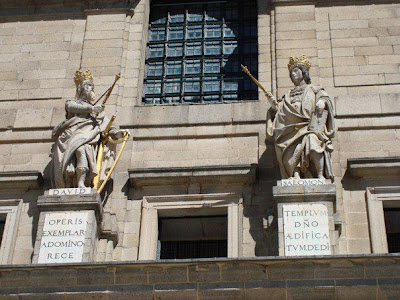 Monasterio de El Escorial: statues of David and Solomon. The original architectural plan tried to imitate the description of the temple of Solomon.
Published by Mister M at 3:46 PM